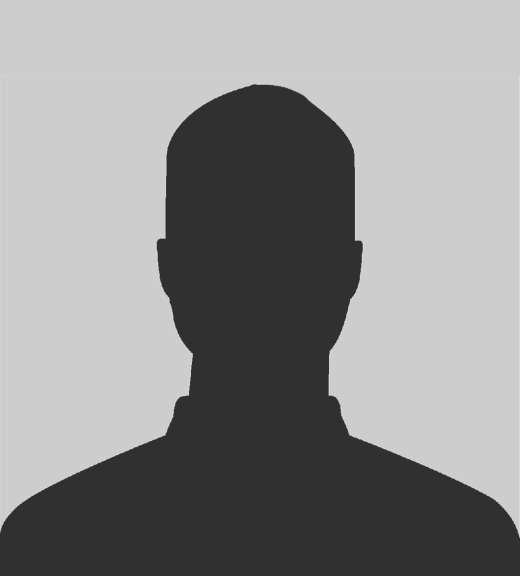 “A Life Well Lived”
John James Evans was a well-known Métis elder. He lived most of his life in the Fort Chipewyan – Fort Smith area. John and his wife Seraphine Mercredi raised a family of 16 children, many of who still reside in Fort Smith. He loved his family and was proud of their accomplishments. He was a hard worker and passed his strong work ethic on to his children. Having worked on the Fitz/Smith portage most of his adult life, John possessed a wealth of knowledge of transportation history.

John Evans was born in Fort Chipewyan on June 13, 1911. That was the year, some may recall, that Billy McNeil and John Bloomfield arrived with the bedraggled Labrador reindeer. He died at the Fort Smith Health Centre January 25, 2002, with his wife and family at his side.

John’s father, David Evans, was born in 1852 in Norway House, Manitoba, and moved to Fort Chipewyan with the Hudson Bay Company where he married Helen Gibot. They had a daughter, Mary, who died in her early adult years, and four other sons in addition to John: John John, who married to Mary Ann Mercredi; Charlie, married to Elise Bania; Phillip, married to Dora Villebrun and Maurice, who was first married to his war bride Joyce and later married Rita Walker and raised a large family.

As a young boy in Fort Chip, John used to cry when walking past the Roman Catholic Mission convent because he wanted to go and live there so he could be with his friends, especially his best friend George Lepine. His mother finally agreed and enrolled him in the convent so he could get an education and be with his friends. While in the convent, John’s mother passed away. He was seven years old.

John worked hard in the convent but he enjoyed the life and learned many valuable life skills. He was still in the convent in 1924 when his father died. His brother (John John) passed away in 1925 at the age of 33. Another brother, Maurice, was also in the convent. Maurice recalled that after eating fish three times a day for all those years, it wasn’t until many, many years after leaving the convent that he was able to eat fish again. John continued to live in the convent until 1927.

Leaving the convent at age 16, John went to live with the widow Adele Flett. He always said she was really good to him and treated him so well. He was there when pilot Punch Dickens landing a ski equipped airplane in Chip in 1929. John later worked for two years for Dan Mah in his restaurant for two dollars a day and board.

With Imperial Oil capping three wells at Norman Wells and the opening of Port Radium Mines on Great Bear Lake, there were a lot of jobs on the Smith portage in 1932. John left Fort Chip by boat that spring for Fitzgerald (the name of Smith’s Landing had been changed to Fort Fitzgerald in 1915). In 1933, the year Fitzgerald was almost wiped out in a big fire, he went to workfor Dick Wynn at the Denny Logging sawmill just south of Fitz.

One winter at Fitz. John fished and hauled fish for a trader and worked in a hotel there the following summer. The next winter he went trapping with his brother Maurice and the next summer began his freighting career, hauling cargo over the portage for Fort Smith trader W.F. Cook.

The Northern Transportation Company Limited was incorporated in 1934 and launched their first ship, the Northern Prospector, from their Bell Rock shipyard. That was the year John Evans took a job working for Isidore Mercredi in Fort Smith.

Isidore Mercredi had been born in Fort Chip in 1884, attended the mission school there as a boy, guided a Northwest Mounted Police patrol to Edmonton in 1904, married Eliza Tourangeau in 1908, farmed on Moose Deer Island in Great Slave Lake in 1909 and moved back to Chip in 1910 where he turned to running the Royal Mail by dog team. Isidore and Eliza moved to Fort Smith in 1912 where he bought land for a farm. Isidore hauled the last the river scow over the Smith portage from Mountain Rapids to Fort Smith using horses and a wagon in 1919.

So John got a job working for Isidore, hauling freight across the portage by horse and wagon. John also took quite a shine to Isidore’s daughter Seraphine Agnes, and proceeded to embark on a courtship that lasted for two years. They were married on June 8, 1936, when Seraphine as 16, at St. Alphonse Church in Fort Smith.

The couple celebrated their 65th wedding anniversary in 2001.

Seraphine’s brother Eugene was the best man for the wedding and her sister Mary was the bridesmaid. The wedding party enjoyed a supper of mashed potatoes, carrots, cream corn and caribou hamburger. Jim Mason baked a wedding cake so big he had to pull it over to the house in a little wagon. They went to Fitzgerald by horseback for their honeymoon.

Since she had been living with her mother all her life, Seraphine recalls that she didn’t really know how to cook, so John taught her. They spent the first three years of their married life living with her parents on the farm in the middle of Fort Smith, right downtown where the Pinecrest is now. However, after being married for only a year, John went off to work in the booming Yellowknife gold fields in 1937. He helped cut a winter road, by hand, from Yellowknife to Camlaren mine on Gordon Lake.

The couple moved into their own house in Fort Smith in1940, a small log house with two bedrooms. That was the year Maurice Evans Sr. and Eugene Mercredi both signed up with the Canadian Armed Forces to fight overseas in World War II. John and Seraphine stayed in the small house for seven years; then moved it in 1947 to a lot on McDougal Road across from the elementary school. Seraphine’s parents lived on the same lot in a big frame house.

John trapped with his brother-in-law Eugene Mercredi in the Mackenzie delta out of Aklavik in the spring from March till June of 1946, returning to Smith on one of the first boats.

When the Mercredi’s moved to Alberta in 1963 the Evan’s moved into the big house on McDougal road. The old house was subsequently moved to the village.

John was a hard worker who put his hand many different things to earn a living for his growing family. From a young age he was in the fur business, running a trap line and hunting. He had his own dog team. He later ran a trucking business for a numbers of years, hauling logs, firewood and water. He cut logs, hauled gravel, and prospected. The family grew a big garden every year and always had enough potatoes to feed everybody. John taught the boys to hunt when they became old enough.

In the transportation business from 1937 to 1972, John worked with the Ryan Brothers hauling supplies by horse and wagon across the Smith portage. The Ryan Brothers had started working on the portage for the Lamson – Hubbard outfit, buying out their portage operation in 1925, going into business for themselves, and holding a virtual monopoly on the portage road from 1925 until 1934.

John also worked for the Hudson Bay Company and the Northern Transportation Company. Specializing in truck driving and operating heavy equipment, he went on to work for the federal government and private companies driving truck and cat skinning. After NTCL closed down the last of their Bell Rock operation in 1965, John went to work for the government and later the Town of Fort Smith.

In 1983 John was still employed, as a night watchman at the age of 72, when he had a stroke. Since then, paralyzed on his right side, he was unable to speak, read or write.

John’s wife Serephine stopped working as a chef to take care of him at home for the next 14 years. The couple celebrated 50 years of marriage and renewed their wedding vows in 1986. The whole family gathered for the occasion (see the family photograph on this page).

Then was another gathering of the family in June of 1996 to celebrate their 60th anniversary. The couple received certificates from the Pope, the Queen and the Prime Minister to congratulate them.

John moved to the Northern Lights Special Care Home in 1997. Yet another celebration was held in 2001 to celebrate their 65th anniversary. People asked Seraphine if it was hard being married for so long. “Not really,” she said.

“I think it was good,” she added. “If we can do it anybody can. You just have to remember your marriage vows and be good to each other.”

John Evans survived for 19 years after he had his stroke. Although he couldn’t talk anymore he could still let on when he was upset. When he was happy he would hum his favorite Christmas carol: “Angels We Have Heard On High.” Seeing the new family babies, he would sing really loud.

Funeral services were held in Fort Smith on January 28, 2002.

With thanks to Seraphine Evans for her excellent memories and Julie Lys for assembling them.

Thanks, too, to the Métis Heritage Association for the January 1977 interview with John Evans by Ray Price and Joanne Overvold and the interview with Maurice Evans that same month by John Evans.