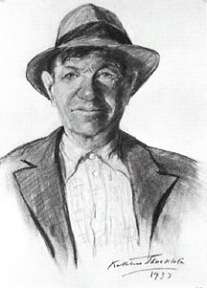 ICE DAM AT ATHABASCA LANDING
It was the spring of 1904 and Athabasca Landing was under attack. A massive ice dam had blocked the river and the snarling brown waters were assaulting the town. Great slabs of ice crashed through downtown, slashing buildings off at their foundations, smashing log houses and dashing outhouses off downstream. Folks retreated to high ground with their kids and livestock. Men in need of fortification were said to have paddled canoes in and out the windows of the Grand Union Hotel.

BILLY RAN FOR HELP
The Hudson’s Bay Company stood to lose thousands of dollars as the flood waters inundated their warehouses. The annual re-supply for Lake Athabasca, the Slave River Valley, Great Slave Lake, the entire Mackenzie Valley and the Arctic Coast were threatened with destruction. The Bay needed help; needed it fast.

To make sure the rescue call got through for sure, the company sent two messengers racing to Edmonton with the cry for help. Young Raynor Whiteley left on horseback from Stoney Creek, about 80 miles north of Edmonton. Billy Loutit, 26, left Athabasca on foot to make the 100 mile run to Edmonton.

BORN IN FORT CHIPEWYAN
Whiteley made to Edmonton at 11:00 in the morning after riding all night. After delivering his message he was just leading his lathered horse to a stable when Billy Loutit padded down the road. Billy had made it 100 miles in almost the same time the horse did 80 miles. He had run the whole way. Some say he did it in 16 hours and beat the horse by an hour. Others say it took a little longer.

Peter Loutit, Billy’s father, was imported from Scotland by the Hudson’s Bay Company (HBC) to arrive at Fort Chipewyan in 1865. William Cornwallis Loutit (Billy) was born in Fort Chip. in 1877. He started working on the boats for the HBC in 1894 at the age of 17 and continued as a riverman until 1947, including stints on the S. S. Athabasca and the Northland Echo. Billy married Agatha Ladouceur, daughter of David and Marie Rose Ladouceur, in 1913.

A RENOWNED TRAVELER
The family, they eventually had 11 children, would often move from Athabasca (the word “Landing” was dropped in 1905) downstream 90 miles to Poplar Point for the winter months where Billy ran a HBC trading post cut cord wood for the steamboats. He spoke Cree and Chipewyan as well as English.
Billy was a renowned traveler. Agnes Deans Cameron (The New North, D. Appleton & Co., New York, 1910) wrote: “Billy, carrying a special dispatch of the Mounted Police, ran with a hand-sled from Chipewyan to Fort Smith and back in three days – a distance of 200 miles at least.”

Billy Loutit is honoured twice a year in the town of Athabasca. The present day summer and winter dispatches bear Billy’s name in honour of his memory; the man and his athletic abilities. The Billy Loutit Winter Despatch is a skiing and snowshoeing biathlon, while the summer Billy Loutit Summer Despatch is a swimming, running and cycling triathlon.

THE WORD GOT OUT
When the organizers of the events named them after Billy, they had no idea who or where Loutit descendents might be. Bill Loutitt of Fort McMurray was invited to Athabasca’s Winterfest in 2003 and discovered the festival featured an event named after his grandfather.
Carol Yayechnick was surfing the net and found the picture of her grandfather the race organizers had posted.

By the summer of 2004 the word was out. The Summer Despatch turned into a veritable family reunion as 32 family members and relatives (Loutits, Demers, Romanchuks and Gallaghers) gathered in Athabasca. The happy throng included Ellen Bishop, born in 1922 and Sarah Parke, born in 1926; the last surviving (Billy and Agatha) Loutit children.

SOME FAMILY COMPETES
The family doesn’t just watch the events. Some attend to compete. Great-granddaughter Shannon Loutitt, in her first ever triathlon, placed third in the individual sprint race in 2004. Jason Loutitt, great-grandson, entered the 2004 biathlon, a grueling 40 km. course over tough country. Jason is a national level cross-country runner. The winner in 2003 had completed the course in a little over four hours. Jason did it in three hours and 17 minutes. But he had help.

ALL IT TAKES TO MAKE BILLY SMILE
In Jason’s words: “There is a place within us that involves our history, destiny and our potential and I must thank my great-grandfather for showing me the way. For he meets me at the top of every mountain and at every finish line, and it’s not about how I do but what I learn about myself and how I overcome the limits that I set on myself. I know in my heart that’s all it takes to make him smile.”