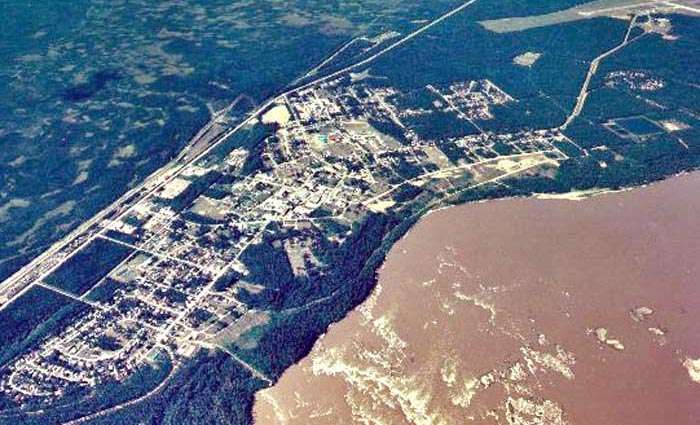 About the Fort Smith Métis

Although far sighted NWC traders had been slamming through the rapids and swatting bulldogs whilst sweating up the steep hills portaging their loads for over eighty years, there had never been a major company post in the Fort Smith area (although Francois Beaulieu had one at Salt River where there had been a Roman Catholic Mission since the 1850).

In 1870, the HBC decided it would get the hammer on the portage in the former homeland of the Slavey Dene by claiming land at both ends. They built “The Rapids” (Thabachi) at the south end in 1872 and hired Joseph Beaulieu to build “Fort Smith” (Thabacha) at the north end in 1874. Fort Smith being named for Donald Smith (later Lord Strathcona), the Governor of the HBC who never set foot in the place.

By 1870, the Cree had moved into the Slave River valley pushing the Slavey north and west; the Caribou Chipewyan had also moved in, both signing Treaty No. 8 at Fort Chipewyan and Smith’s Landing (later renamed Fort Fitzgerald) in 1899. Métis Elder Pierre Mercredi interpreted for the Chipewyan at treaty day in Fort Chip.

In 1883, the HBC steamship “Grahame” was freighting supplies from Waterways to Smith’s Landing. The HBC steamship “Wrigley” was built in Fort Smith and launched in 1884. Steam power was speeding vast amounts of goods along, above and below the Slave River Rapids.

After the HBC doubled its tariff on church freight, the Roman Catholic Church launched its own fleet of steamboats; the “St. Joseph” at Fort Chipewyan in 1892 and the ”St. Alphonse” at Fort Smith in 1895. The church used horses to haul their freight across the portage.

The portage trails were cluttered with grunting Klondikers during the amazing summer of 1898. Chief Pierre Squirrel and other southerly located Dene signed Treaty 8 at “Smith’s Landing” on July 17, 1899. Further signatures were added the following year at Fort Resolution.

One of many landslides wreaked havoc on Fort Smith in the spring of 1908. Many of the HBCs oldest buildings had been dragged down in the mud, its riverside docking facilities were battered and its warehouse had burned to the ground.

The neighborhood took a major hit in 1911. A. J. Bell, a veteran of the Boer War, was appointed Indian Agent and arrived in Fort Smith as the first resident representative of His Majesty’s Royal Government. He brought a portable sawmill and two yoke of oxen, cut and hauled his timber, built a rather fine government bungalow and a modest government tennis court. There were about seventy permanent residents in Smith’s Landing and between one hundred and a hundred and fifty in Fort Smith. Most of the Métis from Salt River had moved to Smith or the Landing.

Dr. MacDonald, the first doctor to be stationed in the north, arrived in Fort Smith in 1910 and stayed until 1931. The Roman Catholic Mission moved its headquarters to Fort Smith in 1912. The mission broke land on nearby St. Bruno Farm near the Salt River to supply produce, meat and milk. Their sawmill cut the lumber enabling the mission to build the first day school in 1915, a residential school in 1916 and a hospital in 1924.

The first outboard motors (kickers) were put on sale in Fort Smith in 1916, although one had been packed over the portage in 1914 to be used in building the RCMP barracks in Fort Res. In 1916, old timer “Billy” McNeil became the Chief Buffalo Ranger in what was to be Wood Buffalo National Park. Another old timer, Isidore Mercredi, hauled the last scow over the portage with horse and wagon in 1919.

In 1921, the HBC brought in the first truck and car, both Model T Fords. Later the same year, an Imperial Oil Junker made the first aircraft landing in Smith.

An airport was built in 1928 and scheduled air mail was being delivered in 1929. Progress was moving right along.

The Royal Canadian Corps of Signals had set up shop in 1925. Between 1925 and 1934, the Ryan Brothers had a monopoly on the Fitz-Smith portage by Government franchise. Between 1931 and 1934, several landslides wrecked the road down to the river at Fort Smith.

The Anglican Church opened a Mission in 1934, building a Church in 1936 and opening the first public school in 1939.

And then in 1942, the United States Army showed up. They built roads and airstrips all over the north (at least as far north as Norman Wells). They provided an incredible amount of employment. One Fort Smith resident recalls marching back and forth across the wooden army bridge over the Salt River for several years. “The rifle was heavy”, he recalls, “but the pay was good and nobody tried to blow up my bridge”.

An all-weather road had reached Hay River in 1948 and in increasing amount of marine transportation was happening there. NTCL was shifting more and more of its operation from Bell Rock to Hay River. Goods were being shipped to Yellowknife via Hay River. More and more aircraft were coming into use. The old water route and Smith portage didn’t make sense anymore; it was slower and it cost more.

Fort Smith was incorporated as a village in 1964 and two short years later, with a population of 2,130, became a town on October 1, 1966. The all-weather road from Hay River was officially completed in 1966, as well, permanently linking Canada to Fort Smith.

The completion of a southern rail link to Hay River in 1964 meant that Fort Smith’s role as the transportation hub was largely eliminated and barge operations on the Slave River ceased in 1968. When Yellowknife became the official Territorial capital in 1967, (“G” Division of the RCMP relocated not long afterward), Fort Smith still remained the administrative centre of the Government of the NWT’s vast region.

Today, Fort Smith’s economy is based on federal, territorial and Aboriginal government along with education, tourism and forestry. 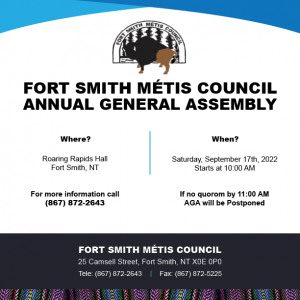 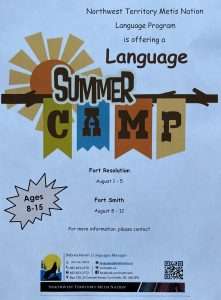 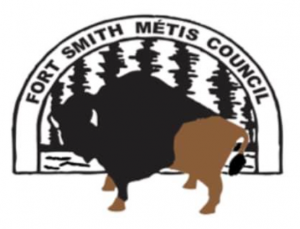 Update: This meeting is postponed due to a priority venue booking for a loss in our community. Please check back soon for an update. To all Indigenous Metis Beneficiaries, the