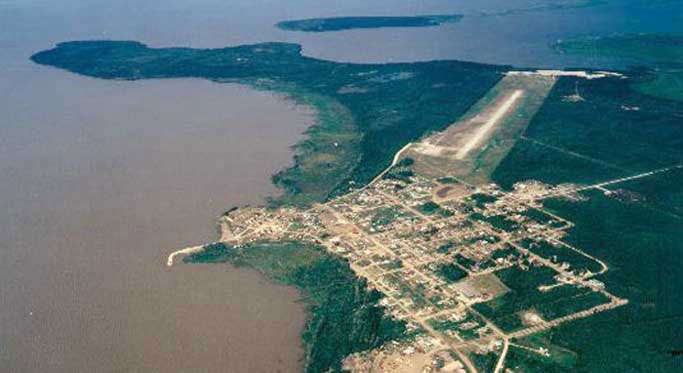 About the Fort Resolution Métis

The Métis voyageur heritage is in powerful evidence in Fort Resolution (or Fort Res. as it’s known locally). Eight generations of Beaulieus can trace their family tree back over 200 years to the Cree-Métis Francois Beaulieu.

The Beaulieus, along with other early Métis families, including the Mandeville, Cayen, Houle, Poitras, Tourangeau, St. Germain, Mercredi and Lafferty families, were crucial players in building the country that would one day be Canada.

Francois Beaulieu II was born at Great Slave Lake in 1771. The Métis of the north were merrily unaware that the King George III of England had issued a Royal Proclamation (of 1763) forbidding the encroachment of white folks on Indian Lands, acknowledging the reality of Aboriginal rights.

Samuel Hearne was led around the North Country by Matonabee and Nastabeck (English Chief) in 1770 – 72, snowshoeing past Beaulieu’s house and on up the frozen Slave River on his way home to Hudson Bay.

Peter Pond sent Laurent Leroux with Nastabeck on behalf of Gregory McLeod and Company down the Slave River to Great Slave Lake. Ross and Pangman sent Cuthbert Grant of the Northwest Company (NWC). They established two houses on Stoney Point (Grant Point) and fur trade competition began in the territory of the Yellowknives and Métis in 1786.

Francois Beaulieu accompanied Alexander Mackenzie down the “River of Disappointment” to the Beaufort Sea in 1789. Other local guides were Delorme, Fabien and Mandeville.

Francois Beaulieu II married a sister of Chief Akaitcho and his son Etienne, “the King” Beaulieu, was a leader, as well, operating a meat post at the eastern end of Great Slave Lake for years.

Alexander Mackenzie begins his second voyage in 1792, this time to the Pacific Ocean, guided by François Beaulieu.

The Northwest Company opened a post on “Moose Deer Island” in 1794, just offshore from the present community.

In 1819, Robert McVicar of the HBC built a post used almost continuously until 1927. (The HBC store is situated in about the same place even today).

Sir John Franklin arrived at Resolution in 1820, received advice and a map from Francois Beaulieu II and hired Akaitcho and others of his band to escort him north. Francois Baptiste “Le Camarade” de Mandeville and Pierre St. Germaine also agreed to go. They proceeded to Old Fort Providence, up the Yellowknife River, to the mouth of the Coppermine River.

Old Fort Providence (east of Wool Bay), was abandoned in 1823 leaving Fort Resolution as the only post available for trading for all northern residents in the vicinity of Great Slave Lake.

Captain George Back arrives in Res. in 1833 to hire guides Akaitcho, Francois Baptist “Le Camarade” de Mandeville, and Louis Cayen for his trip to the ice coast.

Francois Beaulieu II was baptized at Ill La Crosse in 1846, eventually giving up all his wives except one.

While searching for John Franklin in 1848, Doctor Richardson and Doctor Rae reported that domestic cattle had been introduced at Fort Resolution.

Father Faraud arrived in 1852, establishing a permanent Roman Catholic Mission in 1856. Assisted by the Chipewyan man Denegonusye, they converted over 300 people. A residential boarding school was built in 1860.

The trading company Hislop & Nagle established their first post at Fort Resolution in 1893. The first northern patrol of the North West Mounted Police mushed into Fort Res. during the winter of 1897.

Some 66 people died from a measles epidemic in 1902. There were six trading posts operating in Res. by that time.

Grey Nuns arrived in 1903. A mission school, convent, and orphanage opened to a total of 25 children; 13 girls and 12 boys. Sister Boisvert was the superior.

In 1907, Ernest Thompson Seton hired Louison Dosnoir, Beaulieu, Snuff, William Clawhammer, William Frise and Billy Loutit to help him along the way to the barrens and back.

A Dominion Census counted the population at 766 in 1911. A permanent RCMP detachment was opened in 1913.

The new mission boat, “Immaculata” was launched in 1928. Passengers and crew on its maiden voyage to Fort Good Hope included Fathers Lefebre, Fallaize and Vacher, Brother Kraut and the Pilot Alphonse Mandeville.

Indian Affairs officials pressed Métis to take treaty in 1931 after many died from the flu. Roman Catholic hospitals, the only hospitals in the north, were federally subsidized to take care of Indian patients, but not Métis. Forty-two of Fort Res Métis took treaty. Alexi Jean-Marie Beaulieu, a Métis who had also taken treaty, was asked to be Chief of Jean River. When he died in 1935, his son, also named Alexi, became Chief.

The HBC bought out Northern Traders in 1938 leaving only the Bay and one other free trader in Res. The Oblate Missionaries and the Grey Nuns built a large TB hospital in 1939. By then there were two scheduled aircraft flights a month into the community.

TB patients were moved from Res. to the Camsell Hospital in Edmonton in 1956. The Catholic Church moved its headquarters to Fort Smith. Following that, the hospital and sawmill run by the Church shut down.

Dene/Métis residents of Fort Resolution opposed a Shell Oil application for a land use permit for exploration in the Little Buffalo River area in 1976. Shell did not go into the area.

At a joint assembly in Fort Res. in 1979, the Dene Nation and Métis Association agreed to become separate organizations.

The newly built Antoine Beaulieu Memorial Hall was completed in 1983 and an opening event featured a 50th Wedding Anniversary. Also in 1983, the Métis Association and Dene Nation established a joint body to negotiate a land claim with Bob Overvold as Chief Negotiator.

The amendment to the Indian Act in 1985, Bill C-31, (Labeled the Abocide Bill by Harry Daniels) resulted, according to Census Canada, in more than a hundred Fort Res. Métis taking Indian status.

August 29, 1996 saw the Northwest Territory Métis Nation (then called the South Slave Métis Tribal Council) the Federal Government and the Government of the NWT signed a Framework Agreement outlining the topics for negotiations, the process and timing for an Agreement on lands and resources and self-government.

The South Slave Métis Declaration was unanimously passed at a Special Assembly of the Northwest Territory Métis Nation in Hay River, July 24, 2000.

– Research and written history composed by Violet Mandeville in July 2001